NaBloPoMo day 14: what can you write in 10 sentences?

Write a scene of ten sentences and include in each sentence a numeral. If you’ve reached ten sentences and you’d like to keep going, you can make this a scene of twenty sentences, or thirty — the idea is just to write within this pattern. Example: On the day my town flooded, I was ten years old. It was four o’clock in the morning. In the darkness, right before I heard the water coming, two roosters crowed. 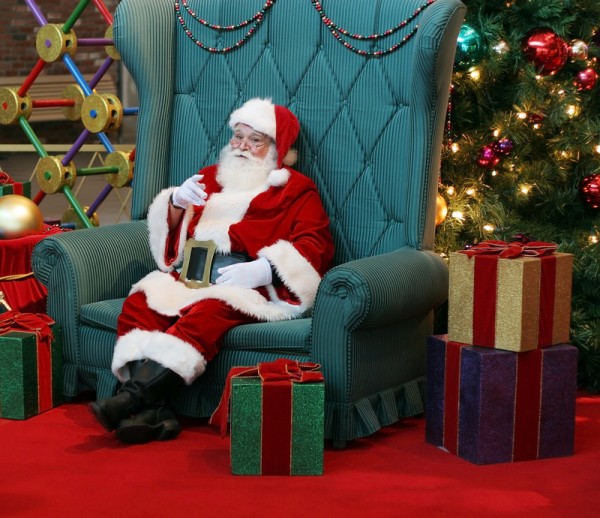 There were only twelve days left ‘til Christmas. For the past month or more, Sadie had had only one thing on her mind: seeing Santa Claus. As a five year old, today was pretty much the most important day of the entire year.

The past thirty minutes waiting in line had seemed like an eternity to her, but the big moment was almost here.

“Look, only three more people, then your turn — are you ready?” her dad asked.

Sadie nodded seriously, reviewing the eight items on her memorized list, but she was distracted by something about the whole scene that just seemed off. A million lights shimmered on the oversized tree; elves scurried around and the big guy had a twinkle in his eye, yet suddenly, Sadie knew it wasn’t right.

When the elf escorted her down the red velvet carpet, she carefully looked around just to be sure she hadn’t missed something before slowly climbing the four small steps that led up to the stage where Santa sat. From this vantage point, Sadie was absolutely sure she’d been duped and her mind raced a thousand miles an hour in those seconds before she just blurted out the truth — loud and clear for the whole crowd to witness.

“You only have two reindeer, so you cannot be the real Santa Claus!”

what can you write in 10 sentences?