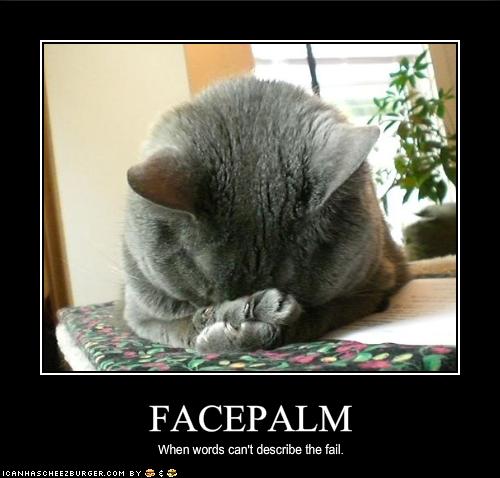 are you freaking kidding me? my life is a series of embarrassing moments, y’all.

there was that time in pre-school when i pooed on the playground. yeah, like the only moment from my early childhood that i actually remember.

there was the 7th grade moment, when my deep, but silent crush on Eric K. was revealed to him because some stupid girlfriend insisted we get in a picture together on his last day before he moved away (or some similar omg-i’m-never-going-to-see-you-again event).

there was the senior prom, where i showed up in the same dress as someone marginally more popular. (she was a cheerleader, but i def looked better!)

there was the more recent incident where i nearly tumbled down several stories of fans at the Georgia Dome during a Falcons game. (completely inappropriate shoes and Miller Lite were culprits in that one.)

certainly there have been moments in my work life, where i showed up woefully unprepared, but somehow faked it ’til i made it through, with minimal collateral damage.

and now, i might just be embarrassed at how incredibly lame this post is. until i do an even dumber one a week from now.

embarrassing stuff happens to all of us. and the good news is that i’m pretty sure no one actually died of embarrassment. and everyone else is so worried about what people think of them, they usually don’t even remember the dumb stuff you do. so get over yourself and move on!